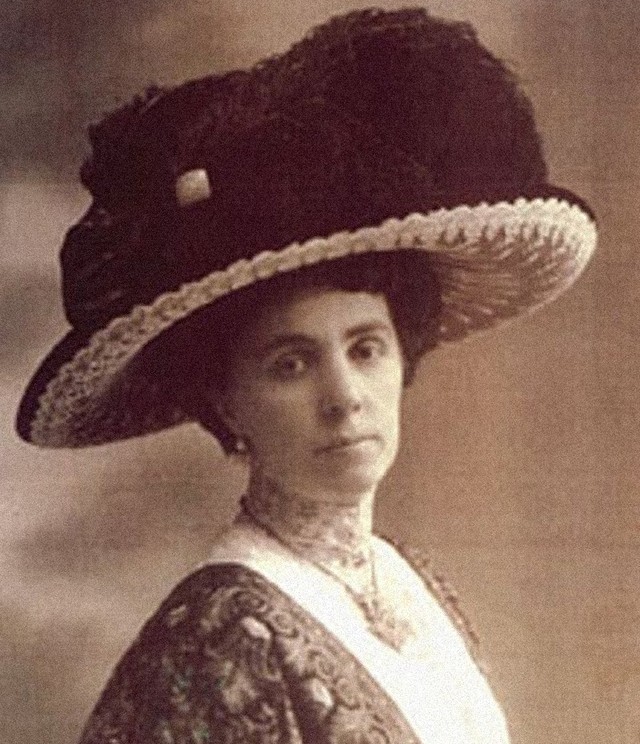 Ivana Brlić-Mažuranić was born on 18th April 1874 in Ogulin, where her father, Vladimir Mažuranić, the son of the poet and Croatian Ban Ivan Mažuranić was serving as a state solicitor. Ivana's mother, Henrietta (born Bernath) came from a wealthy family in Varaždin.

Her first poetic attempt in the Croatian language dates from 1886 in Ogulin: Zvijezdi moje domovine (Stars of My Homeland). In 1892 she married the lawyer and politician Vatroslav Brlić, with this marriage she entered into the respectable Brlić middle class family and moved to live in Slavonski Brod into the Brlić family house (www.usvijetubajki.org).

In 1930 Ivana's Autobiography (written in 1916) was published in the Hrvatska Revija (Croatian Review) and in a letter to her son she described the origins of her story Priče iz davnine (Tales of Long Ago).

My first powerful impressions which I can remember came from Ogulin. By the first of these visits I remember being especially aroused by the strangeness of my surroundings and the local people’s costumes. The strange and offensive shapes of Klek and the romance of the Dobra provided my imagination so much food that far into the night I rolled in my thoughts the most strangest pictures and fantastic possibilities: which is all played out in the deep night around Klek. In a strange way my imagination was presumed not on the peak of Klek, but inwardly into its intense force, violent incessant scenes, played out with fantastic, great heroism, now historic now biblical creatures, all connected together, all with some hazy patriotic aim. Moreover, these images, which have been shown to me, I did not keep as a creation of my imagination, but as some discovery which from a distance portrayed the true inner life of Klek.